Dr. Samuel Botros M.D. ‘s practice is fluent in both Spanish and Arabic. Together, Dr. Botros and his team are breaking down communication barriers posed by language.

Direct communication of patients’ needs is imperative at Dr. Samuel Botros’ OB GYN practice.  In an effort to provide the best possible care to his patients, Dr. Botros’ office is multilingual.  Arab by descent, the physician is fluent in the Arabic language. Keeping pace with the growing Hispanic population in Illinois, he and his team members are also fluent in Spanish.  This multilingual approach is instrumental in providing his patients with attentive and personal care. 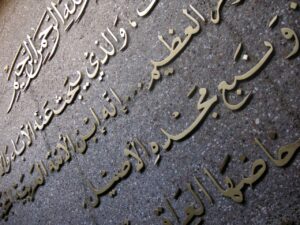 After completing a 7 year University-Graduate program at AIN SHAMS University Medical School, Samuel Botros established the foundation of his career in Cairo, Egypt.  At this time, he treated patients with a variety of conditions as a General Practitioner at St. Mary Polyclinic. Throughout his five years at St. Mary Polyclinic, Dr. Botros treated patients from various countries and ethnic backgrounds.  Although his patients were primarily fluent in the Arabic language, he would often treat patients who were either visiting Egypt or had recently emigrated from abroad. This experience opened his eyes to an inherent need for multilingual fluency in the medical field.

Samuel Botros M.D. is proud of his Arabic culture.  He believes that celebrating one’s cultural identity is important and valuable.  Although he now lives in the United States, Dr. Botros constantly keeps up with the Egyptian news.  He also proudly attends local events that celebrate the Arab community and Arabic culture in Illinois.

With the Hispanic population continuing to grow in the state of Illinois, Dr. Botros realized a need for integrating Spanish fluency in his practice.  Now, several members of his office team are fluent in Spanish.

The process of seeking medical attention can be difficult for non-English speakers.  By maintaining an office that is fluent in both Arabic and Spanish, Dr. Botros and his team work diligently to break down communication barriers.  He hopes that this helps to make his patients feel more comfortable and better understood. As a physician and OB GYN, he always aims to provide his patients with personalized care.  By being able to communicate better with his patients, this is accomplished much more effectively.